Explore events held in the School of Social Sciences related to social responsibility.

Former Labour leader Jeremy Corbyn MP has spoken at the launch of a new campaign to expose clothing poverty during the current cost of living crisis, and ensure adequate clothing for all.

The Right to Clothing Campaign is a new initiative by Sharewear UK, Jeremy Corbyn's Peace and Justice Project and Dr Luke D. Graham at The University of Manchester. It hopes to raise awareness of clothing deprivation, provide clothing directly to people on the ground through Community Sharewear franchises, bring about a change in the law which better protects the right to clothing, and thus ensure that charity is not required for any individual to access adequate clothing.

Sharewear UK, a clothing charity based in Nottingham, has been providing clothing to those who are unable to afford them, including vulnerable families and individuals, refugees and those with no recourse to public funds and from its centre in the city since 2014.

Over the last year, they have partnered with the Peace and Justice Project to set up Community Sharewares - hubs in other cities run by volunteers where people can access clothing free of charge, starting later this year including in Manchester.

Manchester is an apt location for the launch as the city was a centre for the textile industry, and Lincoln thanked the stance that workers in the city took maintaining an anti-slavery cotton embargo during the American Civil War, which Mr. Corbyn will make reference to at the event.

A truckload of clothes is burned or dumped in the UK every second, and the campaign’s first action will be to urge activists to write to clothing brands and retailers asking what they currently do with their returns and end of line stock, before actions further in the year around lobbying MPs to support the Right to Clothing.

The campaign is also building a Right to Clothing Network comprising of foodbanks, charities, trade union branches, campaigns and organisations working in the field of clothing depravation The campaign will also look at two important strands related to the right to clothing: sustainability in fashion and garment-workers rights and is inviting groups working in this field to join their network.

Jeremy Corbyn MP said: "After over a decade of cuts, austerity, low wages and the cost of living crisis, millions of families are struggling to put food on the table or pay their bills. On top of these difficulties, so many face the real issue of lack of access to affordable and high-quality clothing."

“I am delighted that the Peace and Justice Project is working with Sharewear UK in this important campaign, and look forward to raising awareness and grassroots support for this vital issue."

Louise Cooke, Founder and CEO of Sharewear UK said: “Being unable to afford basic clothing prevents millions of people across the UK from being able to simply function, yet alone flourish, in life. Meanwhile, over 300,000 tonnes of clothing goes to landfill in the UK each year and countless tonnes of clothing are incinerated by fashion retailers. This is a ridiculous situation and, after more than eight years of alleviating clothing poverty, we hope that the Right to Clothing campaign will help to put right this imbalance.”

Dr Luke Graham, an academic specialising in Human Rights law and destitution said “Whilst other deprivations, notably food deprivations, are highly publicised and visible in the UK public consciousness the same is not true of clothing deprivation. Yet clothing deprivation is a large and still growing issue. To address this issue, it is crucial that we make it visible. Reasserting the ‘forgotten’ right to adequate clothing through the work of this campaign will be a crucial step towards achieving this.”

College Behind Bars: Lessons from the US Bard Prison Initiative

On the 28 April 2022, the School hosted a documentary and Q&A about one university’s 20-year struggle to provide tuition-free, full-time higher education to incarcerated students. The 90-minute seminar shared Bard’s Emmy-award nominated documentary, College Behind Bars, which took an intimate look at the lives and experiences of a dozen Bard Prison students and their families. College Behind Bars confronts and challenges conventional wisdom about the purpose of both education and incarceration.

On 17th February 2022, Claire McGourlay hosted the launch of the Manchester Innocence Project.

The theme of the launch was ‘The Great Post Office Scandal – what went wrong and why it matters’ - one of the most widespread and significant miscarriages of justice in UK legal history.

We were honoured that the Chancellor of The University of Manchester, Lemn Sissay OBE, opened the event.

Nick Wallis, broadcast journalist, best known for his work on the Post Office Horizon IT scandal, spoke about the scandal. Nick was accompanied by two Sub-postmasters: Pete Murray (who was threatened with prosecution) and Tom Hedges (whose conviction was quashed by the Court of Appeal).

The talk was followed by questions and answers and a drinks reception.

On the 11th February 2022, Luke Graham (Lecturer in Public Law & Human Rights) and the CEO of Sharewear Clothing Scheme, Louise Cooke, discussed the relationship between clothing poverty and the right to adequate clothing.

The event included a short powerful documentary by Roscoe Rutter Ltd shot at Sharewear Clothing Scheme's Nottingham and Sheffield Centres in 2021.  The documentary exposes the truth about the most hidden aspect of poverty in the UK today - lack of access to clothing and its impact.

The ESRC Festival of Social Science was held in Manchester for its eighth consecutive year from 1 – 21 November 2021.

We share some of our favourite moments from the Festival in 2021, as members of the public were invited to join us to debate, discover and discuss some of the most important challenges facing society today. 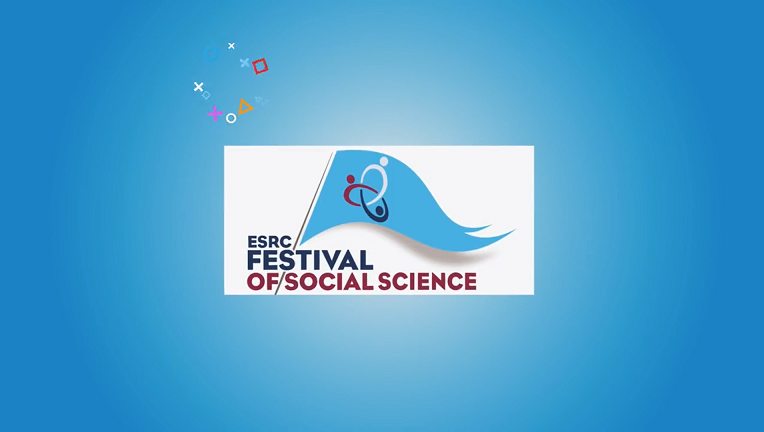 On the 10th November, Professor Jeffrey Weeks a world renowned expert on the history and sociology of sexuality, alongside being a gay activist and queer boy from the Rhondda Valley discussed his recent autobiographical book “Between Worlds”, and his life in gay activism and academia.

On 22 October 2021, the School, in association with the Justice Hub, hosted the showing of Ultraviolence, a film about the struggles for justice by the families of people killed by the police in the UK and the need for resistance to state violence.

The film screening was followed by a question and answer session with Janet Alder, sister of Christopher Alder who died in Hull Police Station, and Ken Fero, director of the film Ultraviolence.

Not Set in Stone: Remembering Empire and Contesting Statues

On 7 June 2020, young Bristolians toppled a statue of Edward Colston in the city centre and rolled it into Bristol Harbour. This action marked the culmination of years of contestation, during which Bristolians had sought to displace the material traces of the slave trader in the city's public space. It was also catalysed by popular support for Black Lives Matter, Britain's largest anti-racist movement since abolition.

In Oxford, a student-led movement has sought since 2016 to remove Oriel College's statue of Cecil Rhodes. Rhodes Must Fall Oxford has emphasised that bringing down the statue is only one component of a much larger agenda: they seek to remove colonial iconography, reform the Eurocentric curriculum, and address the underrepresentation and lack of welfare provision for BME staff and students ('Our Aim'). 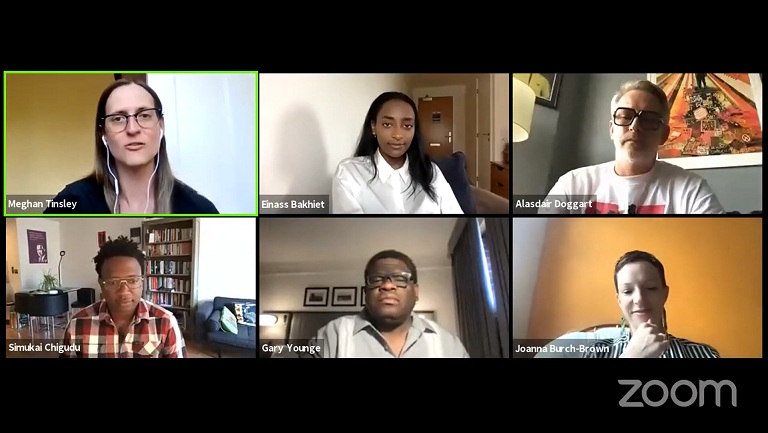 At a time of a global pandemic, international lockdown and the consequential decline in human contact, there has been an exponential rise in mental health difficulties.  In this event, and in association with the mental health charity, SOS Silence of Suicide, we hoped to open up the debate about suicide and de-stigmatise the silence that surrounds this.

We were joined by the heads of the mental health charity SOS Silence of Suicide, Michael Mansfield QC and his wife Yvette Greenway-Mansfield. SOS was founded, by Michael and Yvette, following the deaths of Michael's daughter by suicide in May 2015 and a friend of Yvette just five months earlier on Christmas Eve.

We were also joined by Claire Francis from the University of Manchester Counselling and Mental Health Service and Junior Usina, Welfare and Community Officer at Manchester University's Student Union.  They spoke on the challenges of student university life during COVID (and beyond) and on the support the University offers to students regarding mental health.

Our final guest was Barbara, Deputy Director of the Manchester and Salford Samaritans. Samaritans provide round the clock support for those struggling to cope.

The talk was followed by a debate.