Our series of annual Arthur Lewis Lectures started in 2015 to mark the 100th anniversary of the birth of the economist Arthur Lewis, who became Britain's first black professor when he was appointed to a Chair at Manchester in 1948.

Refugees & the Mediterranean: can one be both pragmatic and principled?

In 2021, The School of Social Sciences welcomed one of the most senior UNHCR officials in the Mediterranean, an area that has been the epicentre of refugee flows into Europe for over a decade to present the Annual Arthur Lewis Lecture. Jason Hepps, the UNHCR’s Deputy Representative in Greece, presented at the School’s flagship social responsibility lecture, with a talk entitled “Refugees & the Mediterranean: can one be both pragmatic and principled?”

Jason has worked for UNHCR since 2004 in various positions throughout the world, including country and field offices in Djibouti, Liberia, and Montenegro. In Headquarters, he served as Senior Executive Assistant to the Assistant High Commissioner for Operations and most recently as Senior Regional Protection Coordinator for the Syria situation in UNHCR’s Middle East and North Africa Bureau based in Jordan. Jason has also participated in extended emergency field missions with UNHCR, including in Syria and Peru.

The lecture was followed by a question and answer session, where attendees were encouraged to share their reflections and address their questions to Jason. 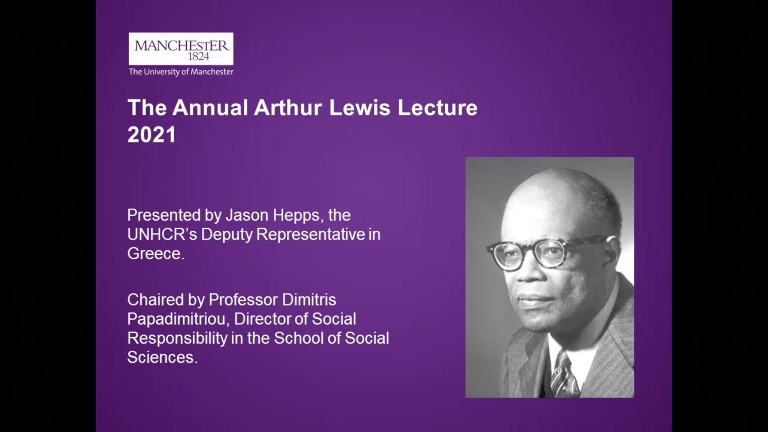