Many people claim that Europe and the United States are now ‘post-racial’ – implying that racists are in the minority and race is no longer important. Social anthropologist Peter Wade disagrees. He believes global anti-racist movements can learn from Latin America, where anti-racism has long had to overcome the denial and minimisation of racism. 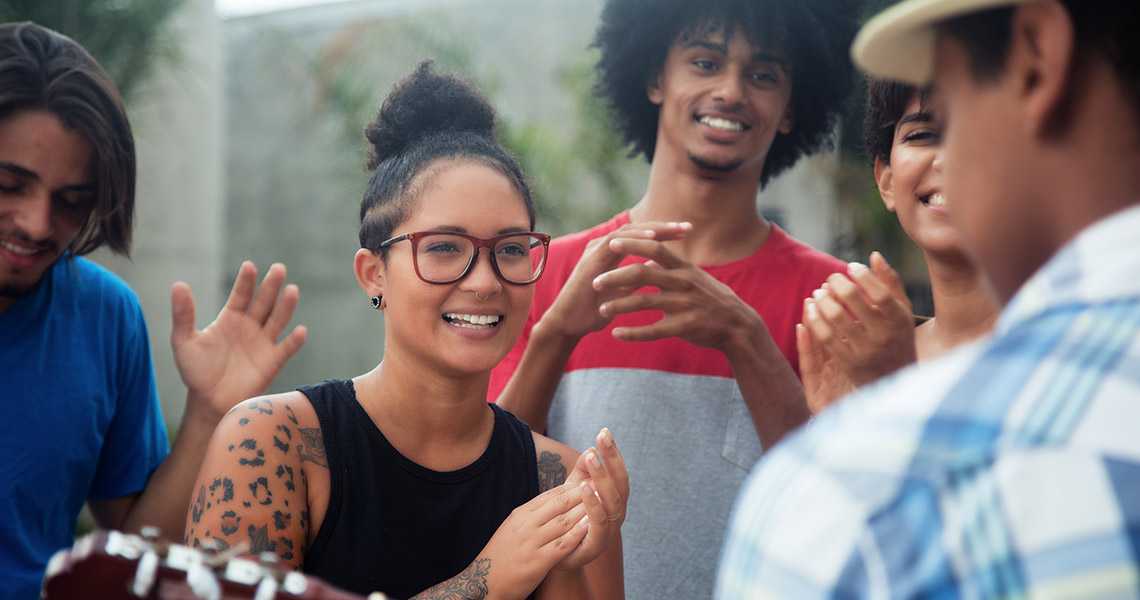 Peter Wade is Professor of Social Anthropology in the School of Social Sciences at The University of Manchester.
In 2011, he worked with the Football Association, giving an expert opinion on allegations of racism against Uruguayan striker Luis Suárez. Suárez used the Spanish word negro, an ambiguous term in Latin America that is affectionate or offensive depending on the context. Cultural context means that race and racism in Latin America are far from simple.

“Latin America has a history of the denial or minimisation of race, saying either that it doesn’t exist or it’s not a big problem,” says Peter. “And the reason they say that is because there’s a long history of race mixture in Latin America. Europeans, indigenous people and African enslaved people came together in the 16th century and mixed together over the centuries. By the end of the 18th century, in many areas of Latin America, the majority of people were what they call mestizos. That is to say, mixed-race people who are recognised as being something different. Neither white nor black nor indigenous, but somewhere in the middle.” This, says Peter, leads to claims that racism can’t be an issue since segregation would not be possible, like apartheid in South Africa or the ‘Jim Crow’ laws in the Southern United States. But this does not stop racism occurring: 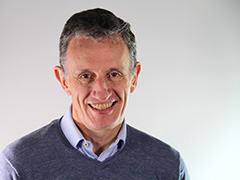 Peter is Professor of Social Anthropology at The University of Manchester.

“Racism can still operate through that process because even when you have mixed people, whiteness is still on top and blackness and indigenousness are still at the bottom. People who are less African-looking or less indigenous-looking are seen as more beautiful or higher up the social hierarchy.”
Peter’s current research project 'Latin American Antiracism in a ‘Post-Racial’ Age (LAPORA)' investigates anti-racist movements in Brazil, Colombia, Ecuador and Mexico. Using the Latin American context to provide lessons of wider relevance to anti-racism. The research will contribute to the wider conversation about problems in the region.

The first lesson for Europe and the USA may be to examine their own minimisation of racism. Events like the Brexit vote and the election of Trump have put race back in the spotlight. Yet, Peter argues there is a tendency to treat racism as something that has been dealt with and is no longer one of our biggest problems:
“After World War II there was a kind of rejection of race at a global level. There was a massive repudiation of Nazism and Nazi racial theories. All over the world, there was a rejection of the idea of race as a biological division of humanity and of racism depending on that idea. With the rejection of racist biology, desegregation in the United States and multiculturalism, there’s been a tendency to say race has gone away. Now we’re seeing that it never went away. It’s not a big surprise that Trump and Farage are capitalising on racialised fears." 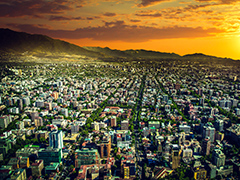 Peter says of the LAPORA project research team: "Latin America has got something to tell the rest of the world. It’s been dealing with the minimisation and denial of race since the middle of the 19th century. That’s when anti-racism movements really started in Latin America and first had to confront this issue. It’s interesting for anti-racist struggles in the rest of the world to see how Latin American people and organisations are coping.
“We’ve found some interesting stuff. For example, anti-racism is focusing on the body, performance, the way people look and how to change how people perceive blackness as an appearance. They’re getting out onto the street and making people confront their ideas about race and racial difference and - for whiter people - their own sense of privilege.”
One of the challenges for anti-racism in Latin America is a loss of solidarity when people don’t identify as part of a racial group. So don’t identify themselves with others who suffer racism. 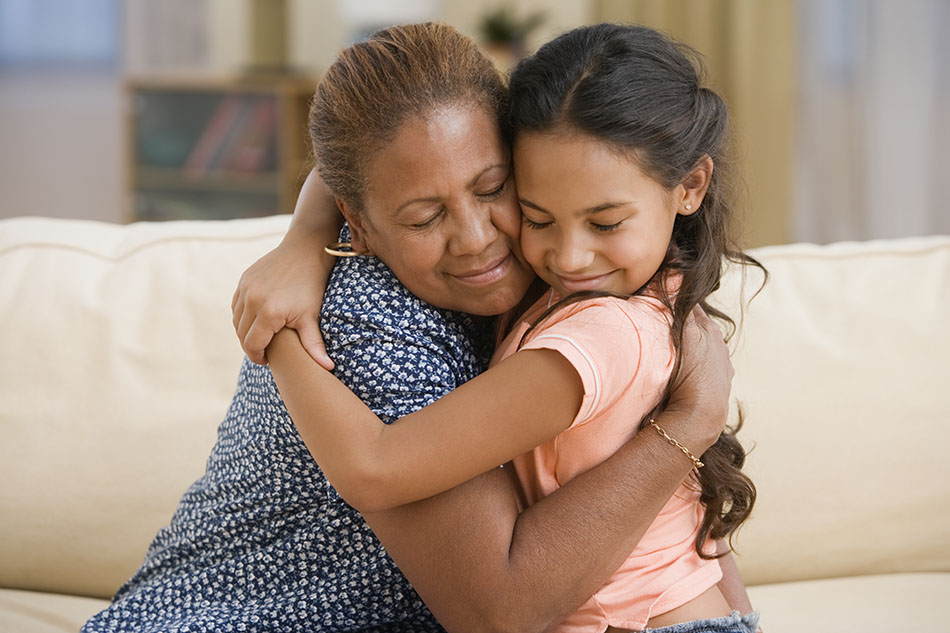 Peter says: “Indigenous people suffer pretty intense racism. You couldn’t call it anything but racism. It’s abusive, it’s stigmatising, and it’s excluding, on the basis of their identity as indigenous people. But indigenous movements are often reluctant to talk about it. If you talk about discrimination against indigenous people as racism, then it brings it into the same realm of action as discrimination against black people or other racialised minorities. It brings in that history of colonial conquest, and exploitation and so on. Indigenous and black people share that history.
“Anti-racist organisations identify a problem in people not wanting to identify as black. Some of those people, in Latin American contexts, can choose not to identify as ‘black’ because they can be called ‘brown’ or another term meaning ‘mixed’. That’s identified as a problem of solidarity or political mobilisation. When people you want to recruit to the cause aren’t identifying because they think ‘that’s for black people and I’m not black’. In that movement, there’s quite a lot of consciousness-raising. You have to teach people that, actually, they are black. That’s a difficult area because if they say they’re not black, who are you to tell them they are black? It’s true that some people, especially if they’re lighter-skinned and not as African-looking, will likely suffer less discrimination. So that’s also a problem, there’s a kind of hierarchy of discriminations.”

The language used was central in the investigation of Uruguayan footballer Suárez after racism claims from footballer Patrice Evra. Peter and James Scorer, a colleague in the School of Arts, Languages and Cultures, were approached by the FA to offer context on the language used by Suárez:
“Evra, an Afro-French player accused Suárez of racism because he called him the Spanish word negro meaning ‘black’. And he said he’d used it to him repeatedly. Evra speaks Spanish and he said that this was an insult and it was used on repeated occasions.”
Suárez’ defence was that negro can be used neutrally, or affectionately in Latin America.
Peter says: “The fact is that is true and it isn’t true. It is true that the word can be used in a kind of everyday sense of calling somebody negro because they’ve got dark skin, and it can be a friendly term. But it all depends on how you use it and in what context. If you use it in a particular tone of voice or a particular way then it can be very insulting.”
The FA found Suárez guilty of racism, having included Peter’s and James’ findings in their evidence. Find out more about the case in the video, Racism in Football, made by the Granada Centre for Visual Anthropology. Part of the Social Anthropology discipline area at The University of Manchester.

“We think Latin America has got something to tell the rest of the world because it’s been dealing with the minimisation and denial of race since the middle of the nineteenth century.”

Peter has also taken part in research into genomics. The use of the human genome to study complex differences between individuals or populations. His focus was on the ways the research is organised, communicated and used to influence policy in Latin America. Here too, it became clear that there is widespread denial of race and racism:
“The geneticists are very interested in mixture. While they’re looking for particular genetic variants that solve complex diseases, they also talk about the nation and its genetic profile. They do a lot of ancestry testing that measures what percentage of African ancestry, European ancestry, or indigenous ancestry the nation or different subgroups have. There’s a huge amount of interrogation of that mixedness at a genetic level. We were interested in the actual process of doing that in the lab. How they design the projects, how they sample, what they do and how they present and interpret the results. Also how some of that information gets into the public sphere.
“For example, in Brazil, the government recognised in 1995 that racism was a problem and started to institute affirmative action policies in higher education and in health. In higher education, there were quotas for students who identified as black. This was very controversial. Genomic data on the biological mixture in Brazil were used by some opponents of affirmative action to challenge it on the grounds that ‘races’ do not exist as identifiable biological groups, so they should not be used as a basis for social policy. They argued that racial quotas would exacerbate racial divisions.
“This ignores the fact that social policy addresses social, not biological, categories. ‘Blacks’, ‘whites’, ‘indigenous’ and ‘mixed’ exist as social categories in Brazil, albeit not well-defined ones. This shapes people’s behaviour - for example, people do exclude others on racial grounds.”
In 2012, the Brazilian government came to what some see as a clever compromise. The Social Quotas Law combined criteria of class and race.
“They fudged the issue a bit but in an interesting way,” says Peter. “They were recognising that if you address class then you’re also addressing race. The racial hierarchy of Brazil means that a lot of middle class and elite people are white, while lots of people who are in the lower classes are black.”
Peter and the team are hopeful of insights that help European and US anti-racism movements continue to be relevant and effective.

Find out more about Social Anthropology at The University of Manchester. 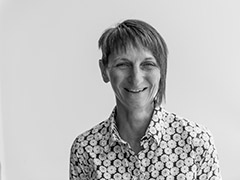 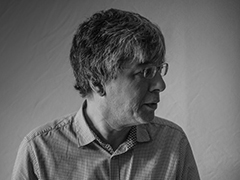 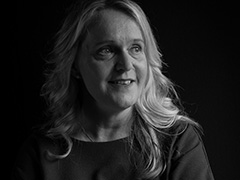